Often, in a major re-org, there will be meaningful changes at the top, with a VP, or higher being swapped. The dynamics of the organization have changed, and all the political alliances are in a state of flux.

Early in the days, there is often an event where it is staged to introduce the new leader to his or her domain. An ideal venue is at a trade show where all the bits are together. A tightly scripted hour, introduction to the functional leaders, a tight scripted overview for each bit, and a hard end.

Then, there is the reality. All the sub-functional leads "appear" at the booth, swarming around the newly appointed executive, all trying to "sell" their role/team/function. Thus, the well scripted walk through, with a goal of a couple minutes at each "station" and the leader of each group doing the explanation.

But then the political beasts come out, interjecting, sometimes overriding their leaders' agenda and purpose, diving into the weeds, lobbying to defend their role, their function, their team, to protect their turf.

So, a tightly scripted hour, with three distinct destinations is derailed, and only one of the main goals accomplished, and the executive getting a solid view of the petty politics, jockeying for favor, and even some thinly veiled back stabbing in the group.

Look, the Dude gets the fact that shuffling executives creates turmoil, and chaos, but the changes were often made to address some dysfunction, or to drive the organization in a new direction. Trying to carve out your domain for "special treatment" is largely why the dysfunction led to the leadership change in the first place.

The Dude's time in the spotlight? Well, it was stolen by these thieving asshats. But that is ok, while the swarm was filling the Exec's line of sight with toadying, currying of favor, and outright shanking of peer groups, his station at the booth was about 5 deep in customers being helped with the Dude's product, or talking about how it can help them. That likely made a bigger impression than the manager who was listing off statistics about his area that were without context, likely inflated, and stuck in the past.

A close one (Missed Email) 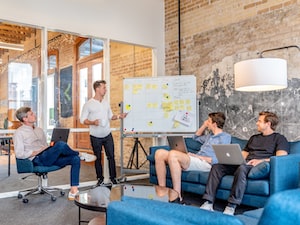 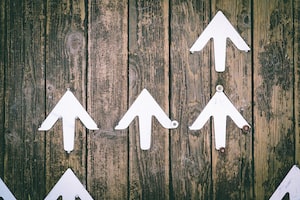