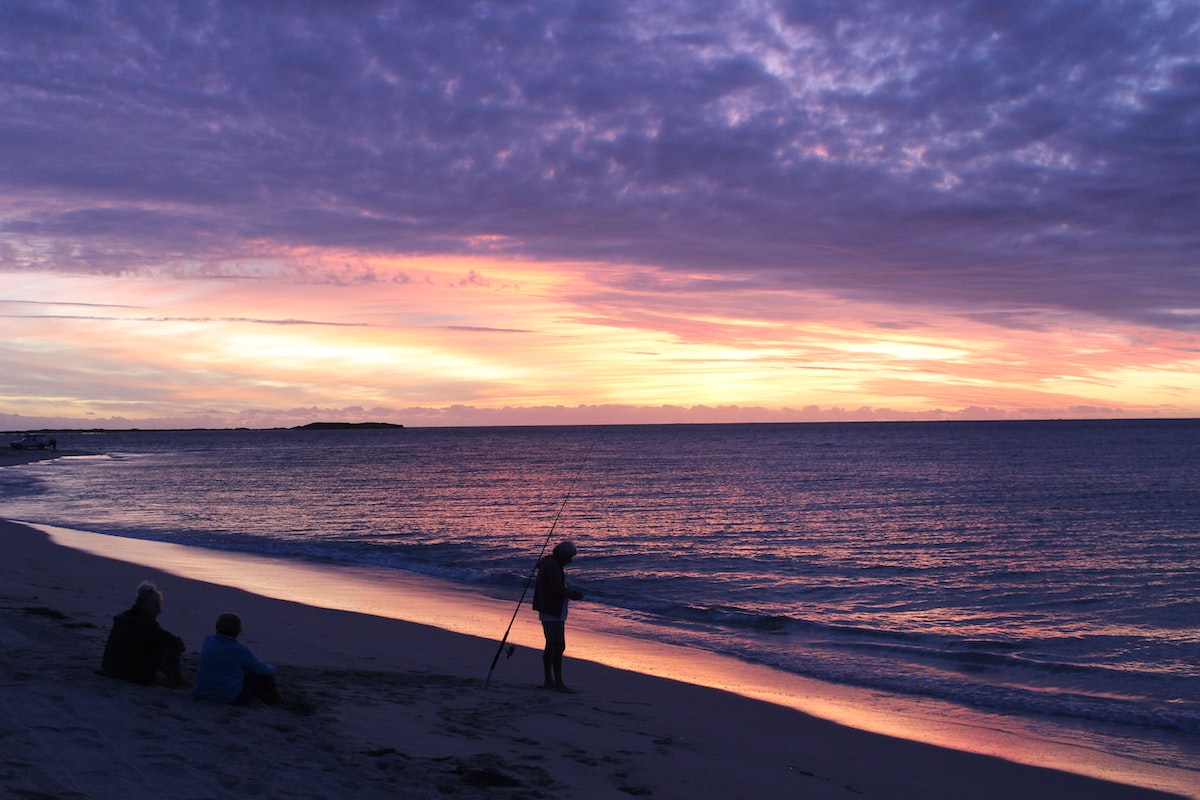 When this goes live, currently set to be on May 19, 2020, the Dude will have been under Shelter in Place orders for two and a half months. As of the time of the writing of this, he hadn’t been in the office in 65 days (every other day, his work computer reminds him that it has been XX days since the last Time Machine backup, to the drive that sits on The Dude’s desk in the office.

This post will describe the experience, lessons learnt and what is truly missing.

On March 4th, the Dude packed up from his desk, a little earlier than usual, as he was headed to San Diego to celebrate his father’s 86th birthday. Suffering from Alzheimers and with his health slipping, the Dude makes sure to get down to visit when he is able.

Little did the Dude know that might be his last trip to the office for months.

When the Dude got home on Monday the 9th, he got a text from his boss that the offices on our main campus would be shut down, and that the Dude needed to work from home. Not a huge deal, but a seemingly acceptable precaution. This was about a week before the 5 Bay Area counties looked at the trends of the COVID-19 outbreak, and decided to issue a shelter in place order.

The Dude was grocery shopping when he heard the buzz ripple through the store that the local school district had decided to close the schools starting the following Monday.

It was at that moment that the Dude knew this was going to be hugely disruptive. Fortunately, in the Silicon Valley, a significant fraction of the workers are able to work from home, and all the tech majors (and not so majors) had all their employees working from home.

Adjusting to the WFH or remote worker mentality

The Dude is a creature of habit. He likes to go into the office. Even though his team is spread across the globe, and most meetings are web conferences, he does like sitting with peers, socializing, and most importantly, compartmentalizing his life.

You see, it is a good thing to have a very separate work life, and home life. While a Product Manager never really stops thinking about the job - leading to many sleepless nights - there is comfort in a partition between the two parts of life.

Remote work destroys that balance. The Dude’s laptop is plugged into his monitor, and when he wakes up in the morning and sits to read the news (the Dude subscribes to The NY Times, The Washington Post, and his significant other subscribes to the local rag, the San Jose Mercury News) he is on his work laptop.

So, if an IM comes in, or an email flies by, he just can’t resist checking. And thus the day begins at 5:00 AM most days.

One of the Dude’s main reasons to not want to work remote, the fact that there are too many distractions at home (dogs, guitars, bicycles, the kitchen, you name it) is a gating factor. He is getting better at focusing. Probably too much.

One of the benefits many people tell the Dude that they like about working from home is that there is flexibility. You can schedule things during the day and as long as the work gets done, who cares?

But that seems to be a lie. The Dude is an avid cyclist. Slowing down as he gets older (and fatter) he does enjoy turning the cranks, and piling on the miles. But his team mates and others he has to work with seem hell bent on dropping just enough meetings sporadically in his calendar that he can’t find the 90 minutes a good ride takes.

Having a good workstation is key, the Dude has found. Case in point: His old office chair. It was purchased probably 8 or 9 years ago. At that time, it replaced a chair that he had salvaged from a lot an old employer was disposing of (he had permission to take it), that had served for probably 12 years or more at the time.

That chair, the 8 year ago one, was fine for his typical use. 2 - 3 hours spread across the day, it seemed good.

Now, with 8+ hours a day spent in the den/office, its deficiencies jumped out. Currently the Dude is borrowing his wife’s video editing chair, while awaiting a Herman Miller Mirra2 chair. He had one of these a couple jobs ago, and it was a pretty good chair, and at a reasonable price, he pushed the button to order it.

Workstation - The desk he has is now almost 20 years old. He bought it before he originally relocated to Arizona, so it has been through three major moves. It is OK, but it is a desk with a hutch that limits the size and configuration of monitors. It might be time to buy a new desk, something a bit larger, and flat topped, so he can have 2 or more monitors. That will be a future consideration.

Printer - The Dude is older than dirt (he turned 55 a week or so ago as of this publishing) and he likes to print documents to review, and mark up. It is an old habit, and bad for the environment. But it does make the work so much easier for the Dude. He shares a printer with his better half, but it is really not suited to the volume of printing the Dude does. One of the benefits of the office were big multifunction printers. Fast, easy to use, and high quality. The Dude will need a printer of his own. Add it to the list to purchase…

VPN - Logging into VPN sucks. Sure, there are a lot of internal resources that require it, but it fouls up the audio stack of the MacBook Pro that is the Dude’s work laptop. And since he uses that audio stack for VoIP on webex calls, that means that VPN kills the ability to handle web conferences.

Sidebar: This took the Dude a LONG time to figure out, and several calls to the IT support desk. Ultimately, he just tried some calls while not connected, and they were flawless. Not sure if it is the concentrators, or bandwidth, or the shitty overlay software that IT installs on the Mac, but whatever it is, it ruins a perfectly good user experience.

Fortunately, with the cloud enabled applications, our email being hosted on O365, and a lot of the tools I need to work with having outside interfaces, I can do about 80% of my job without being on the corporate network.

I am now logging in when I need to, and then disconnecting afterwards. A much better experience. Hopefully the future is more borderless.

The Dude for years heard the trope bantered about that remote workers are more productive, and happier. The Dude always wondered about that. Sure, the commute is 30 seconds versus an hour train ride, or 40 minute drive, and you can work in your PJ’s but does that really mean more productivity?

Then when the masses moved overnight to being remote workers, he heard something else from the experts.

So which is it, Karen?

The experts were admitting that it isn’t a 1:1 mapping, and that results may vary. That does help, as the Dude settles in to the new normal. Even if his state and county lift their restrictions and shelter in place order, it is likely that what is classified as essential to be in the office work will be altered forever. Truth be told, the Dude doesn’t need to be in the office to be effective. His boss is a 100% remote worker, as are some of his peers, and many of the team members he needs to work with.

Fortunately the Dude works for a company that has long fostered and driven remote work practices, and has lived the mantra of remote work. We don’t seem to have egregious user tracking, we seem to trust employees (at least until they have proven to be untrustworthy), and the culture supports the remote workers.

Still, while the Dude is adapting to remote working, he does miss the camaraderie of the local office staff. The monthly breakfasts, the team building. Those are things that are difficult for remote workers to engage in.

Yet, there are a lot of people that the Dude works with who only visit an office once every 3 years when it is PC refresh time (you have to be in the office for that exercise).

The Dude places his clenched fist upon his turban and predicts…

The world is changing. Until there is an effective and universally distributed vaccine for the COVID-19 virus, social distancing, masks, and remote work will be required for safe social intercourse. The Dude is fortunate he doesn’t work in one of the industries that is being hammered (airlines, hospitality, gig economy) where business will be curtailed for the foreseeable future. He can and will do his work remotely, and hopefully with the full support of this management (the Dude is not worried about this).

There is deep tragedy in the economy, and the Dude understands the stress this places on large tranches of the population. An inept government response that seems to boggle the mind in its ability to stick its head in the sand, and not take any of the recommended actions by the medical community (safe reopening requires about 10x the daily tests administered, an significant ramp of antibody testing, and strict contact tracing, all things the Federal Government seem hell bent on not driving) is leading the Dude to predict that this will be the new normal.

Remember, this is a Corona Virus, similar in structure to SARS and MERS, both of which evaded the development of effective vaccines. There may never be a vaccine, and the only hope will be to slow the spread until herd immunity is achieved. A long and fraught process.